A Photo Archive Worth Billions of Words 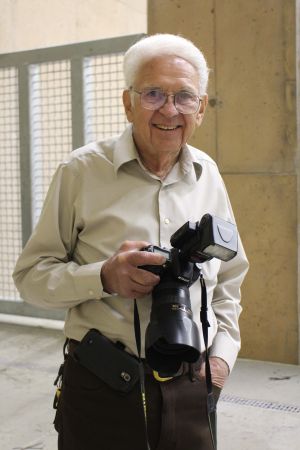 Most Omaha families have dozens, if not hundreds, of videos and photos from Omaha’s Henry Doorly Zoo and Aquarium. Now, multiply that number by a few thousand and you’ll begin to understand how much media the zoo has archived over the years.

Recently, the Omaha Zoo Foundation embarked on a major partnership with Universal Information Services to clean, restore and digitize our entire collection of film, photography and video. All in all, the project took about six months and left us with perhaps the richest and most comprehensive zoo media library in the entire world.

“The zoo has developed so many groundbreaking procedures to safely and humanely take care of animals,” says Todd Murphy, vice president of Universal Information Services. “And they captured it all on film.”

The chairman of the Omaha Zoo Foundation, Dr. Lee G. Simmons (Doc), who came to the zoo as the resident veterinarian 50 years ago and soon became zoo director, performed many of those procedures himself, and the videos have been shared with other institutions as tutorials for best practices.

An avid photographer, Doc also documented his many safaris and jungle trips. “I don't think Doc ever stopped shooting,” laughs Arlo Grafton of Universal, who worked on preserving the film. “I don't know how many negatives we had of bird after bird, monkey after monkey. Doc worked alongside us during the preservation process, and I loved seeing the joy and excitement he would demonstrate when we found a piece of history he thought had been lost forever.”

“There is great documentation of animals in the wild that can be part of any zoological archive for study,” says Murphy, adding that there were also plenty of pictures of Doc’s family – including a series of his young daughter sharing a playpen with baby chimps. “Most people might not realize how important Doc’s family has been to the zoo. It’s nice to see the personal side behind the scenes.” (We’re willing to bet there were a few pics of Doc and his coffee cup in there, too!)

“These images tell the story of how the Omaha zoo became what many consider to be the best zoo in the world,” Murphy says, citing such historic moments as when Casey the gorilla first arrived at Eppley Airfield. “They also tell a story that’s important to the business history of Omaha. It doesn't take long, when you walk around the zoo, to quickly understand which organizations helped build it up, and it’s all right there on film.

Now that the media is digitally preserved, the sky’s the limit for ways in which it can be used. “Not only is it about education and conservation, it’s also about engagement,” explains Murphy. “Now that it's digital, the Omaha Zoo Foundation can do so many things with their media that engage the community, fundraise and build goodwill toward the zoo.”