Sculptures in the Misted Forest

The Asian Highlands exhibit will offer visitors to Omaha’s Henry Doorly Zoo and Aquarium a chance to see some of the earth’s most exotic and elusive animals (takin, we’re looking at you), but a few of those animals won’t actually be the living, breathing kind.

When the Misted Forest trail of Asian Highlands opens in spring 2019, it will include nine lifelike sculptures of animals that are also found in the region.

You may not even realize it, but these extra special design touches help visitors immerse themselves into the regions coming to life. “It gives you an up close look at each animal. You can feel the scales of a pangolin and see the bright colors of the Himalayan Monal pheasant. Perhaps these are animals you haven’t previously been exposed to” says Tina Cherica, executive director of the Omaha Zoo Foundation. 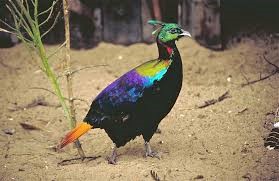 Cherica says the statues will be life-sized but most of the animals are relatively small. In addition to the pangolin and Himalayan Monal pheasant, there will be a masked palm civet, an ochotona Himalaya, a Himalayan pike (the animal that inspired the Pokémon character Pikachu), a Himalayan marmot, and a Bengal monitor. As children walk along the trail, they will be able to learn about and mark off each animal in a little field guide.

“Our hope is that each visitor is given another opportunity to immerse themselves in the biodiversity of Asia,” Cherica says.